The Kornati archipelago of Croatia, also known as the Stomorski islands, is located in the northern part of Dalmatia, south from Zadar and west from Šibenik, in the Šibenik-Knin county. 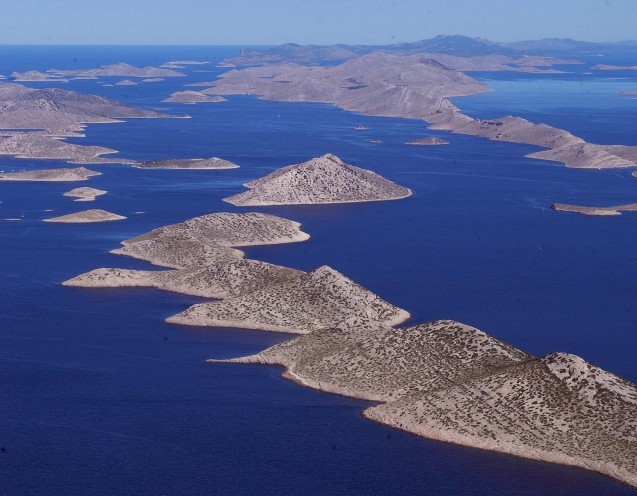 With 35 kilometres (22 miles) length and 140 islands, some large, some small, in a sea area of about 320 square kilometres (124 sq mi), the Kornati are the densest archipelago in the Mediterranean Sea.[1] From northwest to southeast (from the island of Balabra to Samograd), and from northeast to southwest (from Gangarol to Mana) they stretch for 13 km (8 miles). The name of the archipelago is the plural form of the name of the largest island, called Kornat.

None of these islands are covered by the National Park. In 1980, the eighty-nine southernmost of the 140-odd islands, islets and reefs of the Kornati archipelago were declared a national park, Nacionalni Park Kornati, protecting the islands and their marine surroundings.[2] The area covered by the National Park mostly coincides with the Donji Kornati, which includes the island of Kornat and the surrounding islets, separated with a channel from the island of Piškera and the surrounding islets.

The names of the islands Babina Guzica and Kurba Vela, which in Croatian refer to buttocks and prostitution, offer an opportunity to explain the many vulgar names officially given to many places in the Kornati archipelago. When Austrian surveyors came to record the archipelago at the end of the 19th century, their local guides mocked them by making up vulgar names for the various locations. 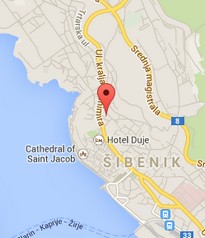